(Maggie, Book One)
A What Doesn’t Kill You
World Romantic Mystery

Scroll down for giveaway!

A hook-up turned lethal. A spurned, angry cowboy. Can rebel Maggie turn the tables before a killer adds her to the list of lost causes?

Washed-up alt-country rocker-turned-junker Maggie Killian is pulled to Wyoming by an irresistible force . . . former bull rider Hank Sibley, the man who broke her heart fifteen years before. When she unexpectedly meets his Sunday school-teaching girlfriend at a saloon, Maggie seeks liquor-fueled oblivion between the sheets of a younger man’s bed. But after her beloved vintage truck breaks down and leaves her stranded in the Cowboy State, she learns her hook-up died minutes after leaving their rendezvous. Suddenly surrounded by men with questionable motives, Maggie searches for the murderer while fighting the electricity between herself and her old beau, and her new penchant for local whiskey.

When the police zero in on Maggie despite a disturbing series of break-ins at her guest cabin, she realizes she’s got no one to rely on but herself. To keep herself happily in bars instead of behind them, she must stop the killer before the cops realize the man she really suspects is a jealous, angry Hank.

My Life and Privacy as Novel Fodder:
The Story Behind the Story of LIVE WIRE
By Pamela Fagan Hutchins
(originally posted on the author’s blog)

In the winter and spring of 2017, I learned the hard way to trust what my animals were telling me. I had a stalker. And one day I walked in on him in my house.
I should have known better. My gut had been telling me for months that something was wrong, but, since my husband Eric was traveling all the time, I worked hard at justifying away my paranoia. I didn’t want anything to steal my peace.

My dogs told me. They would bark like crazy when the guy would show up and hide out to watch me. I ignored them.

My common sense told me. I found food wrappers and fast food cups in odd places in the private, remote forest outside our bathroom window. I didn’t want to believe it, so I let my husband come up with alternative explanations, ones that wouldn’t confirm I was being watched.

My horse told me. Katniss used to snort and jump sideways when we passed his hiding place. I ignored her.

I ignored everything and everyone until I opened the back door to my house one day to find him inside and running out the front door. He ripped up the electric tape grazing fence in his haste to get out of there, then left footprints all around our property until they disappeared into the woods about half a mile from the little nest he had cleared by the picture window to the bathtub.

The deputies were nice when I called, but they didn’t believe me at first. I didn’t have a name, I didn’t see the guy’s face, I didn’t have my back door dead bolted (although I did have the front, his exit, dead bolted), or use an alarm system. It’s the country, y’all. We don’t worry about security. So they didn’t fingerprint. They did encourage me to do a lot of target shooting, keep my dogs with me, and let them do drive-through welfare checks for the next few weeks (which they did).

My husband went on a ninja reconnaissance of the neighborhood, dressed in camo, toting his shotgun. But the guy was “long gone.”

Except that he wasn’t. Not from how I felt (violated; see self therapy anthem above) or in actual real life either. He lived up the street. How did we know this, besides the fact that it was clear from the footprints that he lived or parked a car close to our remote, rural little ranch?

It comes back to my horse.

A week before the incident, Eric and I were out riding. A weird neighbor guy waylaid us, getting right in front of Katniss and putting his hands on her face. Now, you just don’t approach a horse and rider and put your hands on that horse, especially the face. And Katniss is a snotty girl. She doesn’t like anyone but Eric and me touching her face, and only then if we have treats to put in the mouth end of it. But this creeper put both his hands on her face, and she let him. He proceeded to talk at a dizzying speed for half an hour, without ever acknowledging Eric, and repeatedly telling me that if I ever saw him in the woods in the area, it was just because he was care taking for neighbors when they were out of town.

We put up game cameras and security cameras everywhere after the incident. At the point where the guy’s boot prints disappeared from our property, we caught Katniss on camera two nights in a row at five am standing for 45 minutes with her head over the fence. She had no reason to be there. There was no gate. The only reason she comes to the gate by our house (half a mile away) is for food. And it hit us: she was waiting for food. Someone was feeding her there. At five am. Repeatedly. The same person she’d let touch her face?????

We asked all the neighbors whether they used this guy for care taking. The answer came back a 100% resounding “never.” I ran criminal background checks on every male neighbor within two miles. One came back as a multiple felon for breaking and entering, and for drug crimes: yep—the weird guy. We ran into him at a restaurant. Suddenly, he wouldn’t look at me at all, after having all but spirited me away a week earlier.

Fast forward to a week after the incident. Eric walked into a local gas station. The same creeper was there, talking to someone at the counter. He looked up and saw Eric and dropped what he was holding and ran out the back door of the station.

If we weren’t sure before, that did it for us. We called the deputy. Told him about my horse and the other incidents. He was a country boy, so he “got it” about Katniss. We identified the guy, but while I now knew for sure it was him, I could not lie and say I saw his face. The deputy offered to charge him with criminal trespass. But what good would that do? He’d be out of the slammer in a hot minute, if he was convicted. And he’d be pissed. I declined.

So, yeah, that’s the incident that inspired LIVE WIRE, which comes out March 6th. You can preorder now. In it, you’ll see my experience woven into the plot, if you look closely.
As for me, I practice my shooting a lot. I keep my dogs with me. I lock my doors now, and we use an alarm system. Weird things have happened since. I won’t elaborate, because we’re hoping someday to nail him on all of them. And I’m still waiting for next time. Because when it happens, he’s going back to jail for a long, long time. 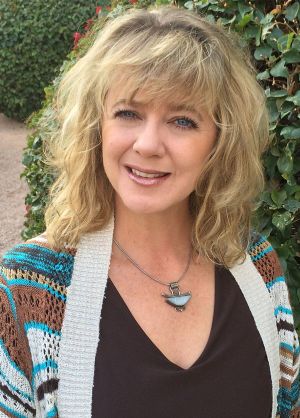 Pamela Fagan Hutchins is a USA Today best seller. She writes award-winning romantic mysteries from deep in the heart of Nowheresville, Texas and way up in the frozen north of Snowheresville, Wyoming. She is passionate about long hikes with her hunky husband and pack of rescue dogs and riding her gigantic horses.

If you’d like Pamela to speak to your book club, women’s club, class, or writers’ group, by Skype or in person, shoot her an e-mail. She’s very likely to say yes. Connect with Pamela on the web.

CHECK OUT THE OTHER GREAT BLOGS ON THE TOUR: 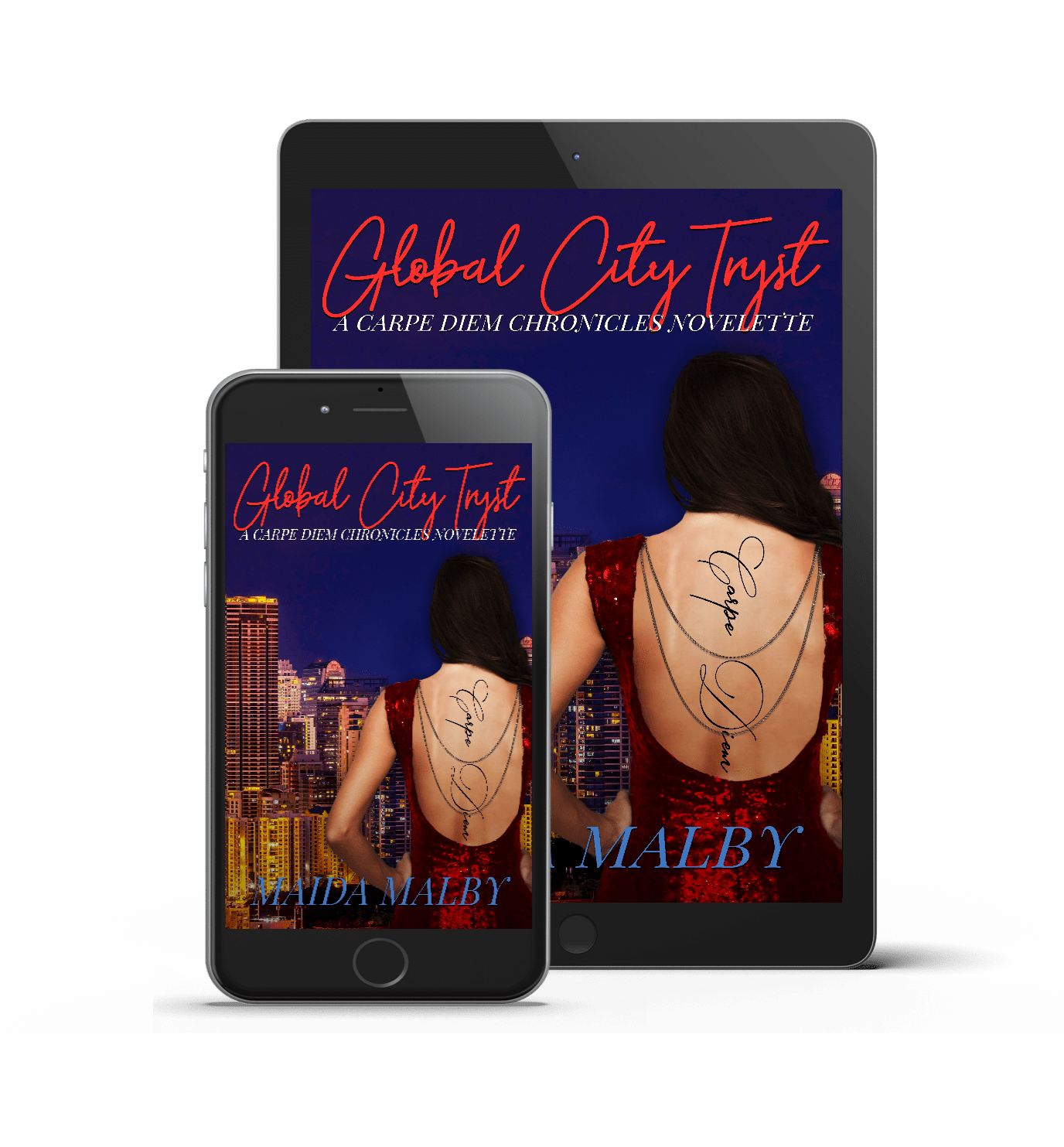 #fivestarfriday
#CoverReveal #PreorderAlert
I’m back!
It’s Championship Sunday at the Valero Texas Open, the inspiration for 19TH HOLE FIESTA, my multicultural romantic short story. 🏌🏽‍♀️❤️🏌🏽
CARPE DIEM CHRONICLES By Maida Malby 📚
My latest #review with @lonestarlit #lsbbt of Her Every Move by @kelly_irvin is now up on my blog Carpe Diem Chronicles