Put 13 wickedly talented authors together into one collection and what will you get?

MOONLIGHT and MONSTERS and MAGIC, oh my!

Treat yourself to a phenomenal read!

With his life at stake, Comandante Julio Gomez arrives in the Philippines, hoping to reverse a century-old curse that a mountain nymph placed on his ancestor. Julio doesn’t expect to meet the woman from his troubled dreams.

A woman whose fate is intrinsically linked with his. For in her hands lies his salvation …

Or his eternal damnation.

LOVE OUT OF THE ASHES by Tabetha Waite

For years, Markus Henley has been haunted by a recurring dream—a sensual vision of a mysterious woman. He finally encounters her on a fateful trip, but not everything is as it appears …

Tormented by a terrible tragedy that has broken her spirit, Laura Tipton feels she has nothing left. Then Markus arrives to awaken her spirit. In more ways than one.

HONEY AND HER GRUMPY BEAR by Taylor Morgan

Someone’s been sleeping in my bed…

Everett’s spent his life mistrusting humans. The last thing this shifter needs is a week with his sister’s sweet-as-honey best-friend underfoot. As his desire surges, he resolves to push Honey away—for good.

This man is just right.

Mari’s living her dream: opening a café in a small Tennessee mountain town. The only thing left on her list is her dream man. Lucky for her, she’s now living with him for a week. And she knows just how to trap a hungry bear.

When this bear reveals the truth of his growly nature, will Goldilocks run away?

During Liah’s once-in-a-lifetime trip to Ireland, things begin to get weird. Even as she becomes more isolated, a magical world opens up to her.

Torn between Fiachra and his mesmerizing voice, and the mysterious and handsome Eóghan, Liah finds herself seemingly trapped in a world where nothing makes sense.

Meanwhile, someone is out to get her. But who?

HEART OF STONE by Emmaline Warden

As a lady’s maid, Annie craves stability and security. But she knows her destiny is greater than her reality.

When Theo approaches her, claiming to be her soulmate from a past life, she is left questioning and afraid. Can she accept that there is a world larger than her own guiding her existence? Will she take the leap of faith and believe in the magic that made Theo appear?

THE SECRETS OF HICKORY HOLLOW by Belle Langtree

A royal warlock and his playboy minion need the help of two sisters in order to save their clan from a wretched curse. Through true love, rooted in two separate worlds, a magical prophecy unfolds.

True love is the cure for any curse. True love and tree nuts, that is!

Jaxx Carter, ghost hunter, needs a legitimate haunting to establish his career as an Internet star. Too bad he doesn’t think ghosts are real.

Enter Burroughs Manor, an unexplored estate with ties to Jaxx’s family. A tall, dark stranger awaits him there, to give him a night he’ll never forget.

THE DOCTOR AND THE WOLF by Chele MacCabe

Jake Campbell knows at five years old that Ashley Jerome is his one true mate. When she leaves for medical school, he and his wolf are devastated.

When Ashley returns to open her practice, Jake makes up mysterious ailments just to see her. On the day she falls into his arms—with the help of her best friend—Jake and Ashley immediately make their first date.

But when the big and bads show up–what will a doctor and her wolf do?

At the same time, Clara is involved in a catastrophic car accident.

What happens when you meet your soulmate on the brink of death? Hovering on the precipice, does love stand a chance?

What would you do if you got exactly what you wished for?

What if your best friend wasn’t who you thought he was?

Olivia has looked for true love her whole life. She just didn’t know it was always there, right by her side … demanding to be fed.

When a birthday gift leads her in a familiar, yet different direction, will Olivia let down her guard and let love win?

On a pitch-black night, a country doctor comes across a place of mystery and magic. He becomes trapped inside a manor house during a storm with a beautiful young nurse he can’t resist, and the troubled spirit of Lady Winship, lurking in the shadows.

The elements of horror and romance come together in a dark love story that will haunt you.

In a modern world where the Salem Witch Trials exist, Faith is a witch being hunted.

Gabe is an investigator sworn to hunt her down. Perhaps their relationship was doomed from the start.

But when Faith drinks her mother’s potion and disappears, Gabe’s true hunt begins, this time for love.

Merryn, a pixie temporarily exiled, wakes up to an unfamiliar world.

Ivy, a lonely young widow, has a decision to make concerning a suitor who misses the mark in every way.

When Merryn stumbles into Ivy’s life they dance around each other, knowing he will soon disappear.

Can they resist? Yes. As long as they never touch.

“This was a wonderful book for those who love paranormal romance. Ghosts, magic, shifters, witches, and more are all here in these pages.”

“Sexy, fun, and easy-to-read anthology with several five-star stories. Diverse authors, varied stories and styles. Something for everyone. A great read.”

“Fun and sexy with a variety of heat between each story. There should be something for every kind of romance reader in this collection.”

Tabetha Waite is the award-winning author of the Ways of Love historical romance series. She makes her home in Missouri with her husband and two daughters. She loves to hear from her readers! 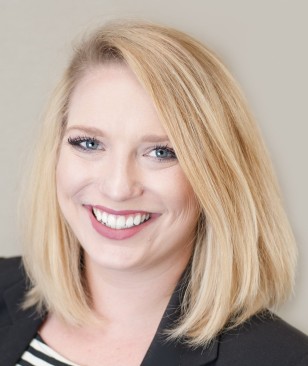 Taylor Morgan has always had a penchant for fairy tales—and not the Disney sort. Currently, she is creating tales that feature heroes who are more likely to hide in the woods than ride off into the sunset, and the heroines who claim their hearts. Taylor lives in Alabama with her husband, daughter, and dog. If missing, she’s probably holed up with a new book, a blanket, and a glass of wine or a Pumpkin Spice Latte. 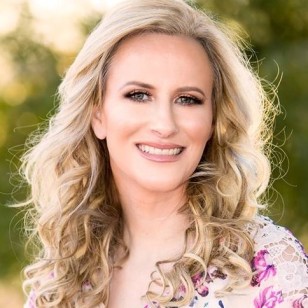 Everleigh Allen writes creative stories with a mysterious, mythical, magical, and racy edge. Her tales bring her readers into worlds that she wants to visit herself.

She lives in Texas with her husband, three of her four children, and a zoo of animals. She is also a sculptor and artist in multiple mediums. A writer of fiction that has been featured online for years, the MOONLIGHT, MONSTERS & MAGIC anthology is Everleigh’s first published work.

Emmaline Warden lives in Colorado with her husband, four Chaos Makers, and a menagerie of animals. Her love of romance began with an accidental copy of Susan Elizabeth Phillips’s Dream a Little Dream, and a trip to D.C. When she is not writing, she can be found outdoors with her kids, at the dog park with “her boys,” or with her nose buried in a book. 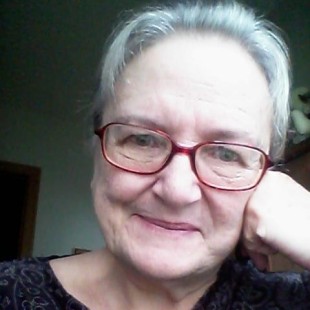 Belle Langtree’s passion for hot, sexy romance began in the late seventies, after reading The Flame and The Flower by Kathleen Woodiwiss. Over the years, her book club friends encouraged her to write her own love stories. Belle lives in the great State of Michigan with her loving husband of fifty happy years and their wild and crazy rescue pup named Faith Fu Fu. 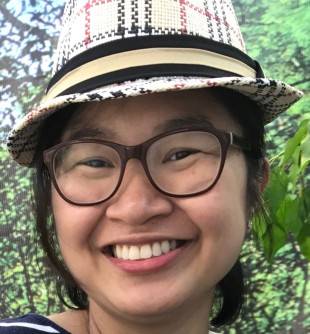 Lucinda Cox lives in Los Angeles with her family and five houseplants. She writes about love, because love is all you need. 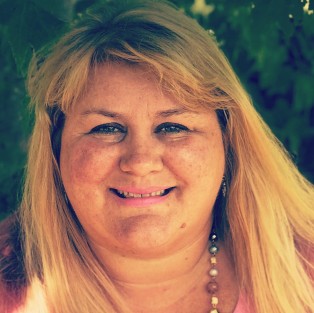 Chele MacCabe has spent the last several years learning to string words together to tell stories. After all that practice and playing with her favorite fandom, she is ready to share her imagination with the rest of the world. She lives in the mountains with her mister, the short and the medium sized ones, and the critters that have found their way into their lives.

Sera Taíno was born to Puerto Rican parents in New Jersey. She writes romances featuring the kinds of women she grew up around. Sera currently lives in Florida with her husband and two sons, and teaches English Lit by day. A voracious reader as well as an avid outdoors person, she’s often torn between curling up on a sofa with a cup of coffee and a good book, and taking off for a long run on the trails around her house. 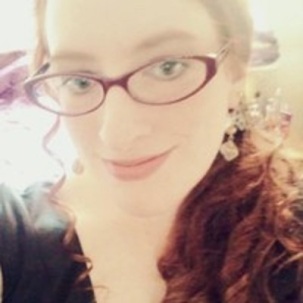 Elizabeth Langley has been writing stories for as long as she can remember. Her love of romance novels started in her early twenties and has continued throughout her life. She is currently working on a few contemporary novels that she hopes to release within the next year. She lives in the beautiful Pacific Northwest with her husband, two children, one bonus child, three neurotic cats (one of which is probably an alien disguised as a cat), an energetic Corgi, and a homicidal rabbit.

Emma Brady is a mid-western author of historical romance, set primarily in the Victorian period. She loves Gothic stories and has always loved Wuthering Heights. Her favorite part of Halloween is getting to dress up and pretend to be anything she likes.

Allegra Johnson is an up-and-coming indie author who enjoys writing steamy love stories. She can be found stumbling throughout Romancelandia, figuring out this author thing one book at a time.

Linda G. Hill has been writing out-of-this world romance stories since she was a child. Living vicariously through the characters in her head, she’s experienced the kinds of love that mortals only dream of. In reality, she’s just a mom, an author, an editor, and a couch potato if there ever was one.

Linda’s published works include the award-winning Gothic paranormal romance novel The Magician’s Curse, and its sequel, The Magician’s Blood, as well as All Good Stories, a romcom novelette, and several short stories published by Transmundane Press and The Phoenix Quill.