TO RESIST A SCANDALOUS ROGUE

For Finlay Swinton, Viscount Firthwell and only son of a powerful earl, life has been a lark…until he discovers a terrible family secret that could ruin him. Determined to make a name for himself free of scandal’s shadow, he runs for Parliament. However, he encounters Charlotte, the mysterious woman who disappeared after their one night together, and he finds it impossible to stay away, despite her working class status and Jewish faith that threaten to destroy his chance for success.

Widowed, penniless, and desperate, Charlotte Taylor secures a teaching position at a foundling home and relaxes into a predictable existence. That is, until Finlay, the man she shared one romantic night with, reappears, a specter from her past. He ignites her passion, even while he threatens the precarious foundation on which she’s rebuilt her life. But when those from her past return to endanger her hard-earned security, she’ll have to reveal his secret or go to prison. 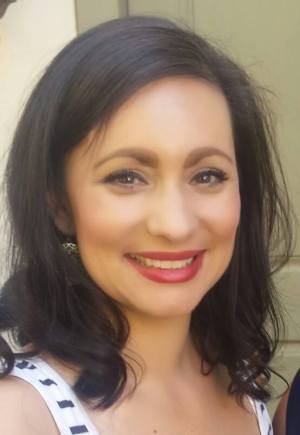 Liana De la Rosa is a historical romance writer whose stories are set in the Late Regency and Victorian periods. Her Once Upon A Scandal series is published by Entangled Publishing’s Amara Imprint. Her writing also appears in the Avon Romance anthology, A DUKE TO REMEMBER.

Liana has an English degree from the University of Arizona and enjoys cheering on her alma mater in all things. When she’s not writing witty heroes, saucy heroines, and secondary characters screaming for their own stories, she’s a wannabe domestic goddess and fashionista who wrangles her rambunctious brood of small children with her patient husband in Arizona.

#destinationromance Panagat, a #carpediemchronicles #shortstory by @maidamalby takes you to the archipelago of Palawan, Philippines 🏝 🇵🇭 where Belen and Jack and the residents of Isla Pasko pay tribute to the waters that nourish them 🌊 this September and celebrate Christmas all year-round ✨
Follow me on #bookbub for a chance to win a $150 #amazongiftcard in
Happy Fall 🍂🍁
When I wrote this month’s column for @lonestarlit I was singing my favorite Earth, Wind & Fire song. 🎶 On this twenty-first (night) of September, check out my trope-y #texasreads #romance post featuring @authoralexaaston and @author.mkdwyer here:
Are you following me on Bookbub? If not, go and do so and get the chance to win a $150 #amazongiftcard in the
My latest @lonestarlit #lsbbt #review and #giveaway for Creatrix Rising #audiobook by @byline.stephanie from @shewritespress is live on my blog Carpe Diem Chronicles