ALL THE COWBOYS AIN’T GONE

All the Cowboys Ain’t Gone is the rollicking adventure story of Lincoln Smith, a young Texan living at the beginning of the twentieth century, who thinks of himself as the last true cowboy. He longs for the days of the Old West, when men like his father, a famous Texas Ranger, lived by the chivalric code. Lincoln finds himself hopelessly out of time and place in the fast-changing United States of the new century. When he gets his heart broken by a sweetheart who doesn’t appreciate his anachronistic tendencies, he does what any sensible young romantic would do: he joins the French Foreign Legion.
On his way to an ancient and exotic country at the edge of the Sahara, Lincoln encounters a number of curious characters and strange adventures, from a desert hermit who can slow up time to a battle with a crocodile cult that worships the god of death. He meets them all with his own charming brand of courage and resourcefulness.
Purchase: Bookshop.org

Utterly entertaining, All The Cowboys Ain’t Gone had me laughing out loud with the characters’ antics and catching my breath with the non-stop action from beginning to end. I can see this made into a movie in the same vein as Indiana Jones and The Mummy.
Having a twelve-year-old son, I found myself taking to Lincoln right away. The opening scenes with his mother admonishing him for his language and supervising his lessons really resonated with me. The great start hooked me into this book that’s in a genre I don’t normally read.
Mr. Jacobson certainly has a flair for storytelling that’s playful and engaging. While I thought the events that happen to Lincoln from Texas to New Hampshire, Florida to New York, France to Algeria, and finally to the fictional Mur highly improbable, I still found myself engrossed in his adventures and delighted with his narrow escapes. It’s a tall tale befitting its Texas origins and I had absolutely no problem with that.
I enjoyed meeting the new characters Lincoln encountered, especially Jake and Johnny, Amanda, the Three from Camarón Legionnaires named after Alexandre Dumas’s The Three Musketeers, and Omar. I even enjoyed the villains even though they’re campy and absolutely ridiculous. It’s all part of the charm of the book.
Lincoln is easy to root for. At times naïve, he nevertheless has a core of honor and loyalty which makes him perfect for the French Foreign Legion. By the end of the book, he has absolutely learned the lesson his mother taught him when he was a boy:

Thanks to Lone Star Lit and Blackstone Publishing for providing me with a copy of this absolute romp of a book to review.

Though John J. Jacobson didn’t join the French Foreign Legion after being jilted by a girlfriend, or over his displeasure of missing the last great cattle drive, he has, borrowing Churchill’s phrase, lived a rather variegated life. He was born in Nevada, grew up in the West, surfed big waves in Hawaii, circled the world thrice, survived the sixties and seventies, corporate America, and grad school. Among other degrees he has an MA in Renaissance literature from Claremont Graduate University.

END_OF_DOCUMENT_TOKEN_TO_BE_REPLACED

The Cowboy Who Saved Christmas 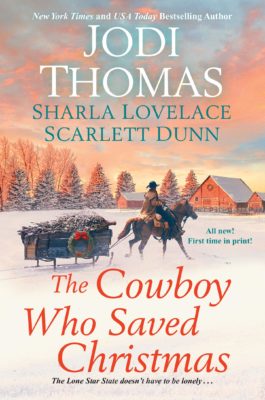 The Lone Star State doesn’t have to be lonely during Christmas time!

Legendary author Jodi Thomas headlines a new holiday-themed Western historical romance collection featuring three Texas-set stories of romance and adventure.
The Civil War is over, Christmas is coming—and it’s time for three rugged cowboys to hang-up their spurs and settle down. These authors combine their talents and excel at creating atmosphere and complex characters which infuse these stories with Texas history and evoke the grandeur of a bygone era and the indomitable pioneer spirit of the region.
Prepare to be swept off your feet by these heroic cowboys who will stop at nothing to make sure this Christmas is one to remember. Ideal for gift giving, The Cowboy Who Saved Christmas will be the fan-favorite collection of romance for the 2020 Christmas season!

PRAISE FOR THE COWBOY WHO SAVED CHRISTMAS:

“FATHER GOOSE is a warm, entertaining story, with Trapper and Emery starting with nothing, yet finding love and hoping for a future.” — Rose from Roses Are Blue

“It was a pitch-perfect reading experience that left my heart bursting with joy. This story has become an instant classic in my holiday reading canon.” — PJ Ausdenmore from The Romance Dish
“I love an anthology at this busy time of the year because I can read a complete story in a short time–this book hit the mark.”
— Mary from Bookfan
CLICK TO PURCHASE
║Amazon ║ Jodi Thomas’s Website║ 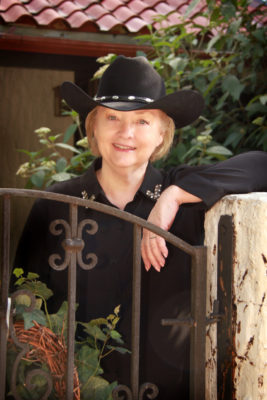 Jodi Thomas is a New York Times bestselling author and fifth-generation Texan who sets many of her award-winning stories in her home state, where her grandmother was born in a covered wagon. A multi-RITA Award winner and member of the prestigious Romance Writers of America Hall of Fame, she’s written over 50 novels with millions of copies in print. Her most recent releases are The Little Tea Shop on Main and the first book in her new Honey Creek series, Breakfast at the Honey Creek Café, which is out now.

CLICK TO VISIT THE LONE STAR LITERARY LIFE TOUR PAGE
FOR DIRECT LINKS TO EACH POST ON THIS BOOK BLITZ.

Celebrate #carnivale all month-long with our February story Calypso Butterfly in FLAMES, FLIRTS & FESTIVALS, A Diverse Romance Anthology
My #featurednewrelease this #pubdaytuesday is STROKED by @linda.g.hill
When an author you love reads your book. It’s a #bfd 🥹😳🥰🤩 #honored #nervous #thankful
Today’s #wordle is in the title of one of my books. 📚
Fantastic news! 📰
The Year of Cecily by @laforesta1 is the #featurednewrelease on my blog Carpe Diem Chronicles this #lunarnewyear