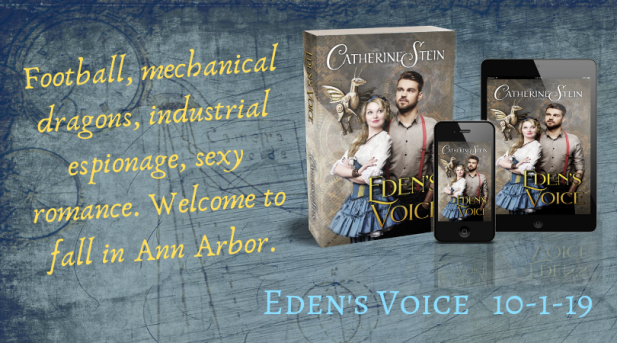 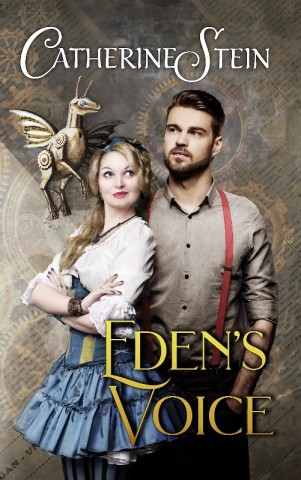 Eden Randall has her life under control. Sure, people call her weird for having a mechanical dragon with her at all times, but she’s content. All she needs are her studies and her sports—and for the football team to have another undefeated season. What she doesn’t need are nosy men from out-of-town poking into her business.

Spending months in a tiny town shadowing the football team is the last thing Boston reporter Bruce Caldwell wants to do, but the tedious job could be his ticket to something bigger and better. When he meets a sports-mad spitfire on the sidelines, he realizes the town may hold stories far more interesting than he expected.

With dragons running loose in the laboratory and a ruthless New York industrialist threatening their budding friendship, Eden and Bruce find themselves players in a game far more dangerous than the one on the gridiron. Never ones to quit, they know the only way to emerge as The Victors is to become a team. This football season, winning might mean losing their hearts.

Award-winning author Catherine Stein believes that everyone deserves love and that Happily Ever After has the power to help, to heal, and to comfort. She writes sassy, sexy romance set during the Victorian and Edwardian eras and full of action, adventure, magic, and fantastic technologies.

Catherine lives in Michigan with her husband and three rambunctious girls. She loves steampunk and oxford commas, and can often be found dressed in clothing that was purchased at a Renaissance Festival, drinking copious amounts of tea.

In a genre often accused of being formulaic, Catherine Stein and her latest work of genius Eden’s Voice stand out as refreshingly original.

First, there’s the setting: 1904 in Ann Arbor, Michigan. Most historical romance novels I read are set in England during the Regency. If they’re American-based, they’re typically in New York during the Gilded Age or in wartime Texas. I’m astounded by the depth of research Catherine must have undertaken to make the time period come alive as she did in this book.

Oh wait, there’s another unique sub-category for this book–historical STEM romance. All the biomechanics were explained in an engaging manner, I felt smart after reading those passages.

And then we have the characters. How I love Eden and Bruce. They come across as real, compelling, and sympathetic people to me and that’s not just because they both have disabilities. It’s because their thoughts, feelings, decisions, and actions appear true to who they are.

Catherine Stein has become my favorite steampunk romance author from the moment I read How to Seduce a Spy. Eden’s Voice only cemented that status in my mind with its fantastic story, smooth flow, wonderful characters (even including the villains), steamy sexy times, and amazing originality.

Saraab-e-Sukhan | Blog by A. Perveen