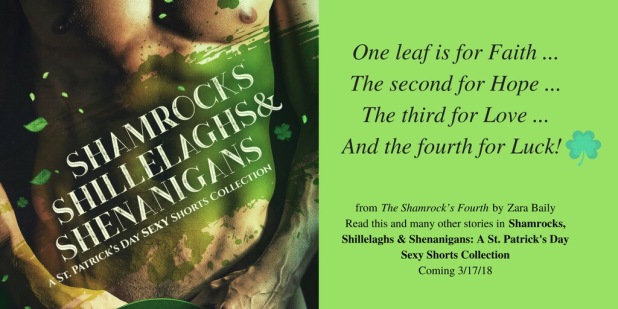 The Shamrock’s Fourth is the story of submissive Fiona Tay. She signed a contract with Mr. H. O’Brien, not knowing that there are three of them who answer to the name – The Shamrock Trinity. She can handle one Dom or two. For three, she needs Luck. (m/f, m/f, m/f, mmm/f)

A gift from the OSRBC Writing Group, SHAMROCKS, SHILLELAGHS & SHENANIGANS, A St. Patrick’s Day Sexy Shorts Anthology, is FREE from the following etailers:

Boracay Vows is still FREE on Kindle Unlimited until the end of March.